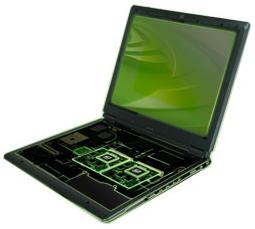 The GeForce Go 7800 GTX was the first top-of-the-line notebook GPU to deliver performance on par with desktop PCs, and provide the gamer with enthusiast-class performance on the road.