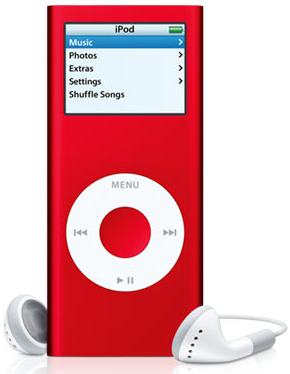 Apple released the iPod nano red special edition. The special thing about this iPod is that for every unit sold, Apple will donate $10 to the Global Fund to Fight AIDS, Tuberculosis and Malaria.

The company released the red 4GB iPod Nano on Friday for $199. The digital media player has the same specifications as other 4GB Nanos, with a 1.5-inch screen and up to 24 hours of play time on a fully charged battery. The device can store about 1,000 songs.

The announcement of the iPod Nano Red is part of a cross-brand campaign called (Product) Red. Several companies are offering red products whose sale proceeds include a donation to the AIDS charity, which was established in 2002 with the support of United Nations Secretary General Kofi Annan and other world leaders.