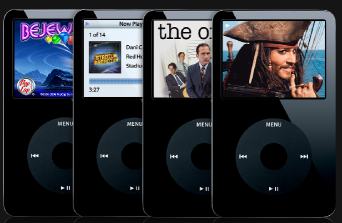 A study from Nielsen Media Research found that only one percent of content played by iTunes and iPod users was video. Among iPod video owners this slightly increases to 2.2 percent.

Even measured by duration of consumption, where 30- or 60-minute TV shows might seem to have a built-in advantage over three-minute songs, video comprises just 2% of total time spent using iPods or iTunes among iPod owners. Video iPod users consume video 11% of the time.

The study also found that 15.8% of iPod users have played a video on either iPod or iTunes. About one-third of that group doesn't own a video iPod.

Nielsen's "Home Tech Report," a separate ongoing tracking of new technologies, projects about 13% of U.S. households own at least one iPod, amounting to about 15 million -- 30% of which are video-enabled iPods. By Apple's own count, nearly 70 million iPods have been sold to date.