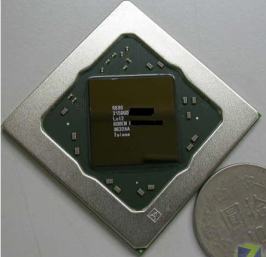 X-bit Labs published a few photos of the ATI R600 GPU on its website. The photos were first published by Southeast Asia-based media.

The first graphics cards based on the R600 chip should arrive in January 2007.