iPhone released today - but not by Apple 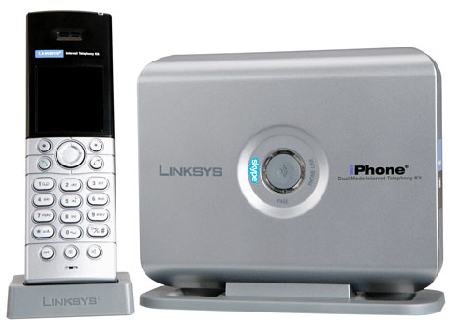 The iPhone is released today, but it's probably now what you think it is. It's not the iPod phone from Apple, it's a Linksys branded VoIP device from Cisco.

Why wait until now to launch the iPhone name? We can't say for sure, but we imagine Cisco was probably trying to work behind the scenes to sell the rights to the name to Apple, but things didn't pan out -- but since "iPhone" is already a fairly ubiquitous brand without even being launched, hey, why not run with it?

We won't dwell long on the loss of the name iPhone to describe the Applephone (which is what we'll henceforth be calling it), so on to the gear. Expect to see the $180 iPhone Dual-Mode Internet Telephony Kit for Skype CIT400 (pictured), which from what we can tell, is merely a Skype handset; also, announced is the $200 iPhone Wireless-G Phone for Skype WIP320 (pictured after the break), a SIP VoIP phone.