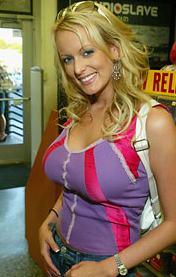 The new DVD formats offer much better image quality and that's not necessarily a good thing - it's just too real.

Producers are taking steps to hide the imperfections. Some shots are lit differently, while some actors simply are not shot at certain angles, or are getting cosmetic surgery, or seeking expert grooming.

Hollywood producers have the same problem, but for them it's not as bad as they don't use as much close-ups as pornography producers.

Jesse Jane, one of the industry’s biggest stars, plans to go under the knife next month to deal with one side effect of high-definition. The images are so clear that Ms. Jane’s breast implants, from an operation six years ago, can be seen bulging oddly on screen.

“I’m having my breasts redone because of HD,” she said.

The stretch marks on Ms. Jane from seven years ago when she gave birth to her son are also more apparent. But she deals with those blemishes in a simpler way: by liberal use of tanning spray.