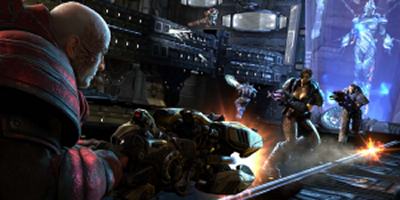 Using the Unreal Engine 3 (what other engine would it really use?), Epic's seminal first-person shooter will douse gamers with gorgeous, life-like graphics, arm them with unbelievable futuristic and brutal weaponry, and hurl them into online deathmatches like never before.

The new game comprises a vast number of changes from increased aggressiveness and intelligence in the AI to better, more ridiculously powerful weapons to new characters, game modes, and online improvements. New weapons are highlighted by the long-range Shock Rifle and the shorter range Flack Cannon, and more than two dozen weapons will be ready to wield when UT3 is ready in the second half of 2007.