Taiwanese motherboard makers responded to Intel's announcement of their upcoming 45nm chips by stating that AMD will need more innovation of they want to keep their market position.

The motherboard firms also said AMD needs to focus on improving its supply situation and leverage its relationship with ATI to quickly move new innovative solutions to the market, including new processors with integrated GPU functionality.

AMD partner IBM made a similar announcement (as Intel about high-k + metal gate transistors) but Intel stated it will begin implementing its new technology this year, while IBM indicated it will not use the high-k technology on 45nm until next year. A Bank of America report noted that IBM provided fewer details than Intel did concerning its high-k developments, drawing some question as to whether IBM can meet its target date for producing chips using the technology. The report also pointed out that Intel usually has 6-18 month lead over AMD in terms of manufacturing technology and that lead should now become bigger. 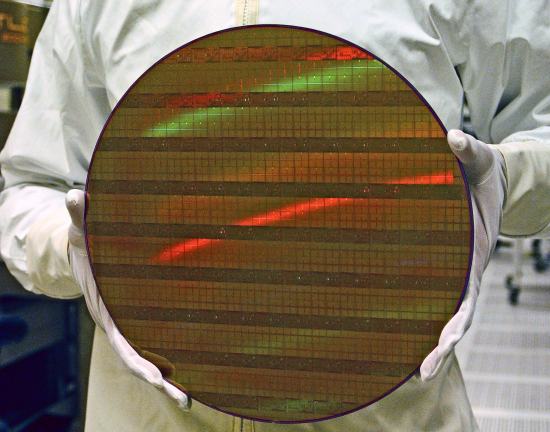