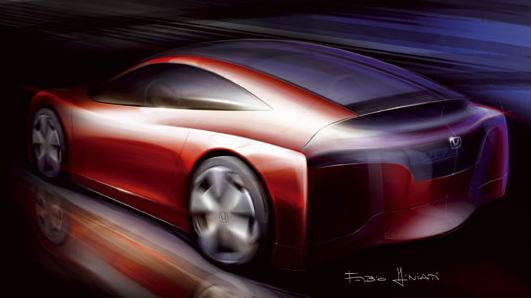 In March we can expect this new hybrid concept car from Honda, the car will be shown off at the Motor Show in Geneva.

Only the sketchiest details have been released about the Small Hybrid Sports Concept, but we know it will definitely make the transformation from concept to production reality to slot above the Civic Hybrid in Honda’s range.

Unlike the Insight and Civic hybrids, the Small Hybrid Sports Concept was designed in Europe, at Honda’s Offenbach European R&D headquarters.

This teaser design sketch reveals a two-door sports coupe with a low roofline and a hatchback rear end. One insider called it Honda’s riposte to the Prius, another standalone hybrid car that bears no resemblance to other cars in Toyota’s range.