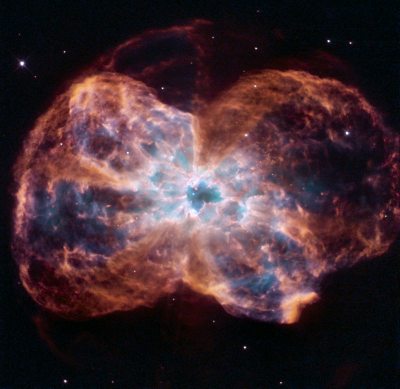 Space telescope captured this pretty image from the demise of a star like our Sun approximately 3,600 light years away in the NGC 2440 planetary nebula in the Milky Way Galaxy.

The star is ending its life by casting off its outer layers of gas, which formed a cocoon around the star's remaining core. Ultraviolet light from the dying star then makes the material glow.

The burned-out star, called a white dwarf, appears as a white dot in the center.