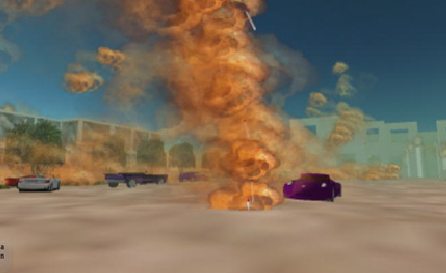 Second Life player Marshal Cahill decided to take things into his own hands. He was unhappy what the development of Second Life and decided to set off virtual nuclear bombs near two in-game stores from American Apparel and Reebok.

Cahill, the self proclaimed political officer of the newly formed Second Life Liberation Army, wants Linden Labs to give his army an opportunity to control their environment through voting. It's a bit unclear whether he wants this voting authority to be granted to his army only, or all of SL's denizens, but either way, I suppose it was just a matter of time before this sort of "political unrest" made it's way into the online community.

Seems like an awfully long way to go to protect the integrity of a game that has dubious uses in the first place, but I have ceased trying to understand Second Life and it's bizarre ways a while back.