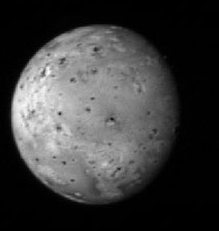 The never-before-seen photographs of Jupiter provided more insight into Jupiter's famed Little Red Spot; a silhouette of the Tvashtar volcano's 150-mile-high dust plume on the moon Io; Ganymede, Jupiter's largest moon; and Europa, Jupiter's moon believed to have an ocean under its ice crust.

NASA has not yet released a formal analysis of the photos, which were released to the public via its New Horizons Web site.

While the photos and data from Jupiter are significant, the flyby was part of NASA's plan to use Jupiter's gravity as a slingshot. New Horizons essentially tapped into Jupiter's orbital energy to exceed 52,000 mph, the equivalent of traveling from New York to Tokyo in eight minutes, according to NASA.

You can check it out at CNET.