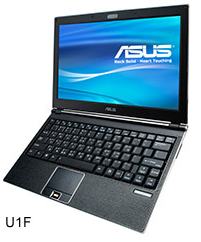 The first LED-based notebook from Asus, the U1, is expected later this month.

The notebook will be priced at more than NT$60,000 and is for the business and high-end consumer markets, the paper quoted Asustek as saying, adding that the maker will initially focus on smaller-size models for the segment since LED production costs are still relatively high.

The 11.1-inch model will have a stainless-steel rim, a leather-made wrist pad, and weighs only 1kg, excluding an external optical disc drive, the paper reported the maker as saying, noting that the notebook supports a battery time of seven hours and can come with a Blu-ray disc drive.