Here's a photo of SilverStone's upcoming SG03 case which is designed for mini ATX motherboards: 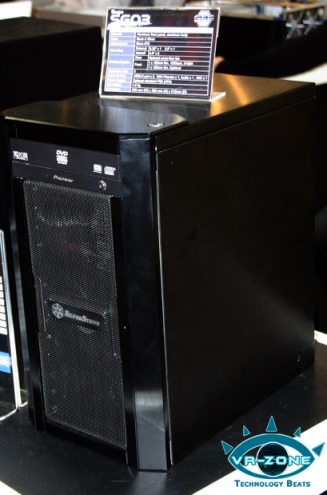 This case has a 3.5" card reader mounted in the side along with USB and audio ports. It's also big enough to fit two 120mm fans in the front of the case and it's long enough to support two GeForce 8800 GTX cards in SLI!

Their new Olympia power supply features 1.2KW (1200W) with a stunning 90a on a single 12V rail. According to the company this power supply was designed by their own engineering team in Taiwan.

I'm currently taking a look at the SilverStone Decathlon DA750 power supply, the review of this 750W PSU will be published later this week at DV Hardware