Our appetites were whetted a few weeks ago when Nintendo showed off a playable version of Super Paper Mario at its booth at the Game Developers Conference. The upcoming platformer role-playing game hybrid is the latest entry in the unique branch of the Mario family tree that began on the Super Nintendo Entertainment System with the classic Super Mario RPG. In the ensuing years, Nintendo has gotten an impressive amount of mileage out of the notion of a Mario RPG and has created awesome games, such as Mario & Luigi on the Game Boy Advance and DS and Paper Mario on the Nintendo 64 and GameCube, that have evolved the concept in new and interesting ways. Super Paper Mario, a GameCube game that has now slid over to the Wii, takes the formula in a funky new direction that blends key elements from the famed Italian plumber's platforming roots with some RPG touches.. 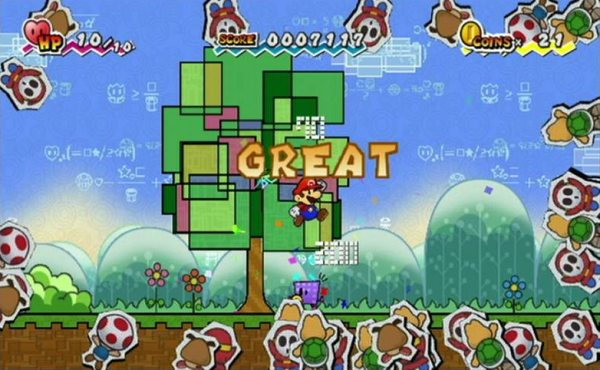