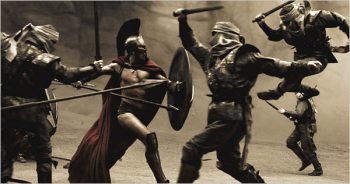 Thomas Tull, the executive producer of the movie 300, and dot-com pioneer Bert Ellis are close to raising $150 million of private equity for their new video game startup.

Ellis says the Atlanta-Los Angeles startup is working on five other major titles and plans on producing 60 to 100 over the next five years.

Ellis is the former CEO of Atlanta Web consulting firm iXL Enterprises Inc. and an owner of Orange County, Calif.-based Anaheim Ducks broadcaster KDOC-TV. He also is an investor in Atlanta-based record label Brash Music, which has signed a number of high-profile Christian musicians.

Brash Entertainment has Ellis on its board and Atlantan Jim Altenbach, an attorney at Greenberg Traurig LLP, as an officer. In addition, Brash Music CEO Mike McQuary, a former EarthLink Inc. executive, is an investor in the company. Executive leadership, meanwhile, is in New York and Los Angeles.

Tull, CEO of Legendary Pictures, has produced several other major films, including "Superman Returns" and "We Are Marshall." He also produced soon-to-be released feature films "Warcraft," a movie based on the popular video game franchise "World of Warcraft," "Kung Fu" and "Where the Wild Things Are."