Posted on Friday, Apr 06 2007 @ 00:44 CEST by Thomas De Maesschalck
Company of Heroes: Opposing Fronts has been announced this week, the game should be available in stores in Fall 2007.

The game is developed by Relic and will use an updated version of the Essence Engine with DirectX 10 support.

CoH: Opposing Fronts will feature two campaigns: in the first mission you follow the German Panzer Elite who's trying to repel a huge airborne invasion in Operation Market Garden and in the other campaign you have to help the British 2nd Army to liberate Caen, France. 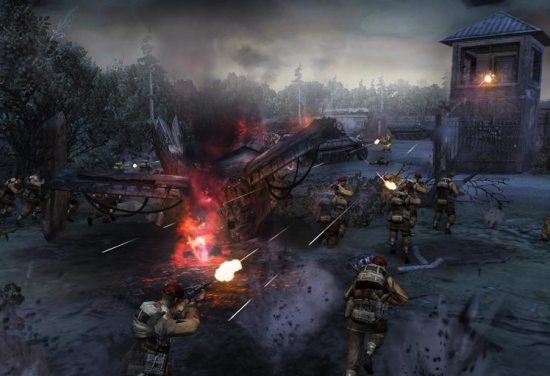