Posted on Sunday, Apr 22 2007 @ 04:13 CEST by Thomas De Maesschalck
A screenshot of Operation Flashpoint 2 was released this week.

This game from Codemasters will arrive next year and promises to offer warfare on a scale never seen before in a FPS.

Operation Flashpoint 2 will mark the long-awaited return of the total conflict simulator, which won international acclaim. Now in development, it is Codemasters Studios' most extensive R&D project to date. With the studio's largest development team ever assembled, Operation Flashpoint 2 has already benefited from over two years of pre-production on a closed set basis and will use a new FPS variant of Neon technology, the studio's proprietary middleware. 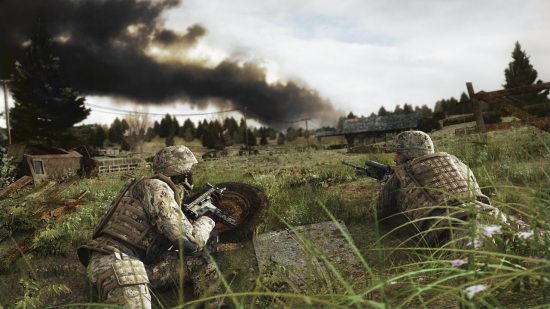