Posted on Tuesday, Apr 24 2007 @ 04:36 CEST by Thomas De Maesschalck
Some screenshots of Turning Point: Fall of Liberty were released. This is yet another WWII shooter but this one takes place in an alternative reality in which the Nazis invade New York.

Presenting this scenario as a powerful and realistically crafted alternate history, Turning Point: Fall of Liberty will deliver an explosive FPS experience in a world where famous real-world locations appear startlingly different under Nazi occupation.

You can check out all the screenshots at Voodoo Extreme. 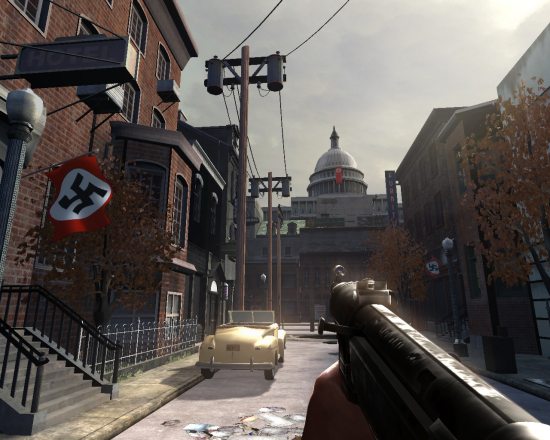 The game will be launched in the fourth quarter of this year for the PC, Xbox 360 and PS3.