Lord of the Rings Online reviewed

Posted on Saturday, April 28 2007 @ 4:55 CEST by Thomas De Maesschalck
Eurogamer has published a review of the new Lord of the Rings Online: Shadows of Angmar MMORPG.

This game is based on the Middle Earth universe from Lord of the Rings.

Given the myriad ways in which Lord of the Rings Online could go wrong, it's perhaps unsurprising that a lot of people approached the game with a heavy sense of pessimism. It didn't help that in the wake of the success of Peter Jackson's movies, the game had the sense of a cash-in product about it. It certainly didn't help that the developers of the original iteration of the game, called Middle-Earth Online, blabbed about crazy features like "permanent character death", which instantly turned whole legions of gamers off the idea.

Which is why, sitting down to write about Lord of the Rings Online as it finally launches worldwide, we're thrilled, delighted and in no small measure surprised to be asking ourselves this; 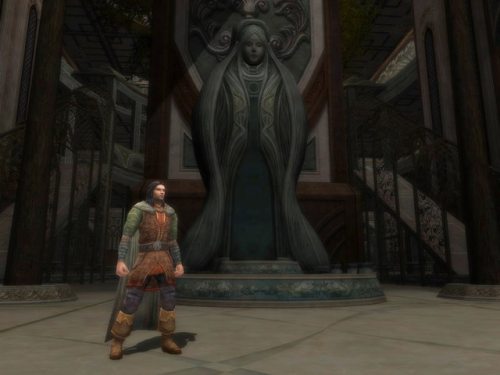 Overall they seem to pretty much like this game as they gave it a 9/10.