Posted on Saturday, Apr 28 2007 @ 07:55 CEST by Thomas De Maesschalck
Some new screenshots of Medal of Honor: Airborne were released this week. You can check em out over at Firingsquad.

This game will be released for the PC, Xbox 360 and PS3 later this year. Just like the other Medal of Honor games this is a World War II first person shooter. 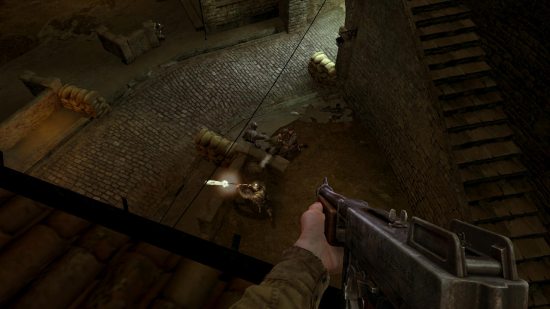 The game uses the Unreal Engine 3.0