Posted on Wednesday, May 02 2007 @ 16:16 CEST by Thomas De Maesschalck
Sparkle also just informed me that they launched their GeForce 8800 Ultra based graphics cards. The cards from Sparkle seem to use a cooling system that is a bit more advanced than the one from the GeForce 8800 Ultra reference design that some other manufacturers are using.

The Calibre P880 Ultra graphics card from Sparkle uses a TEC active cooler system with some flashy purple coloured fans on top of it. This cooling system allows Sparkle to slightly overclock this card from 612MHz to 650MHz. The 768MB GDDR3 memory is also overclocked from 2160MHz to 2250MHz. The shader clock speeds weren't overclocked, they remain at 1500MHz like standard GeForce 8800 Ultra cards. 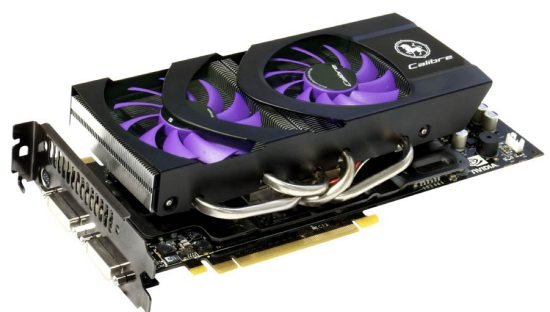 Sparkle didn't announce the price, but we do know from the first reviews that the GeForce 8800 Ultra is priced at $829.