Posted on Thursday, May 03 2007 @ 13:11:39 CEST by Thomas De Maesschalck
The first pictures of Asus's upcoming Intel P35 "Bearlake" chipset based motherboards appeared on the Internet.

HardOCP has pictures of the P5K3 Deluxe, P5K Deluxe and the P5K.

Here's a photo of one of the boards: 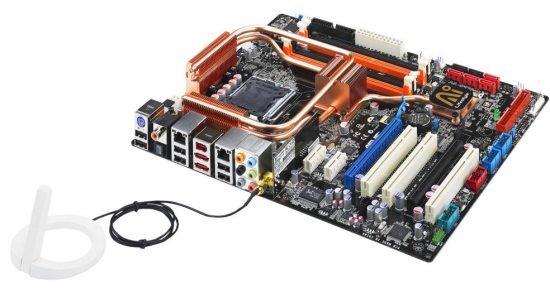 OCWorkBench also has a photo and claims that the Asus P5K3 Deluxe supports both DDR2 and DDR3 memory. One of OCW's forum members believes this motherboard also has a 8-phase Vcore regulator and polymer caps which should make it great for overclocking.