Posted on Friday, May 04 2007 @ 00:10 CEST by Thomas De Maesschalck
MSI is preparing some new motherboards based on the Intel P35 Express chipset. This includes the MSI P35 Platinum, MSI P35 Neo and the MSI P35 Neo Combo.

Here's a picture of the MSI P35 Platinum which features a kinda rollercoaster-like chipset and mosfet cooling system. 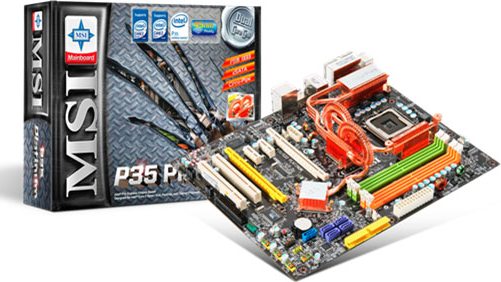