Posted on Saturday, May 05 2007 @ 20:15 CEST by Thomas De Maesschalck
Hi-Rez Studios released some screenshots of Global Agenda this week.

Global Agena is a new action-stealth MMO that uses the Unreal Engine 3.

Global Agenda has been in development for over two years by a team of industry veterans. It features fast-paced ranged and close combat, RPG-style character progression, solo or cooperative team missions, and competitive play on a massive scale between player-created agencies.

A departure from the traditional online settings of high fantasy, outer space, or military, Global Agenda is set on 22nd century Earth. An invisible war is fought not with armies, but with elite teams of highly trained and well-equipped special agents, where technology is a race, knowledge is power, and everyone has an agenda. 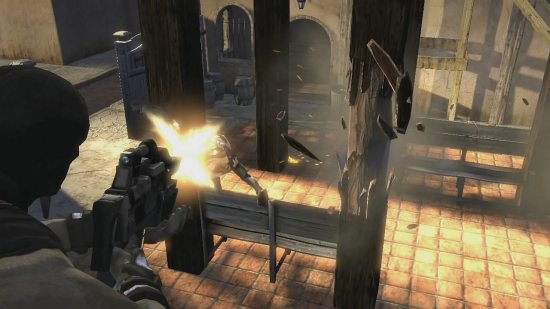