Posted on Tuesday, May 15 2007 @ 09:15:29 CEST by Thomas De Maesschalck
New screenshots of The Last Remnant were released last week. This is a new role-playing game that uses the Unreal Engine 3.

Designed to give you control over large-scale battles, The Last Remnant's combat system begins just like any other role-playing game with you issuing commands to your largish party (it looked initially like the party was comprised of five members). The twist comes once the action begins to play out; where previously you would simply watch your party members run through their attack instructions, you'll now have to watch closely and input specific button patterns to ensure maximum effect on your attacks. It's similar to that old SNES chestnut Super Mario RPG or, to use a more recent example, Mario and Luigi: Superstar Saga, where carefully timed button presses increase the potency of each strike. In the middle of the fight, however, the camera sweeps wildly, panning to highlight each character in turn and shifting to slow motion to give you enough time to react to the random button prompts. 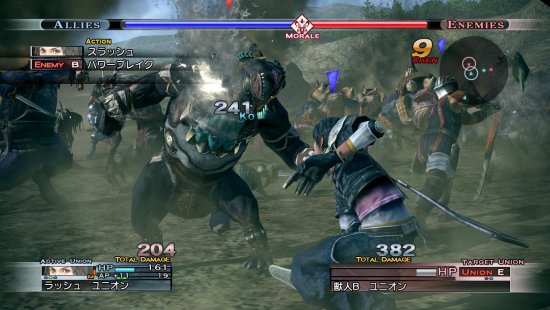