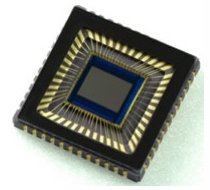 The South Korea Electronic Technology Institute developed a new image sensor chip for digital cameras that would allow you to capture vibrant images without a flash in dark environments:

The digital camera equipped with the chip will be able to take high-resolution photos or video-recordings at 1 lux. The camera will be able to snap pictures in places such as theaters, underground traffic tunnels, or dark-lit bars and clubs. The chip promises clear pictures with light as bright as the lighting from a candle 1 meter away in a dark room and is said to be 2,000 times more light sensitive than other sensor types. The will initially be used for camera phones, CCTV cameras and vehicle rear-view cameras.

The institute already spent roughly 11 billion won ($10.5 million USD) on the development of the SMPD chip over the past four years. The expected earnings from the chip exportation is about 2 trillion won ($2.2 billion USD) annually