Posted on Thursday, May 24 2007 @ 20:04 CEST by Thomas De Maesschalck
The first 1066MHz and 1333MHz have just been launched but it looks like at least some of these chips can achieve much higher frequencies.

An overclocked called David uploaded results to x86-secret. He managed to overclock a 1GB 1066MHz DDR3 memory module from Micron to a staggering 2200MHz! 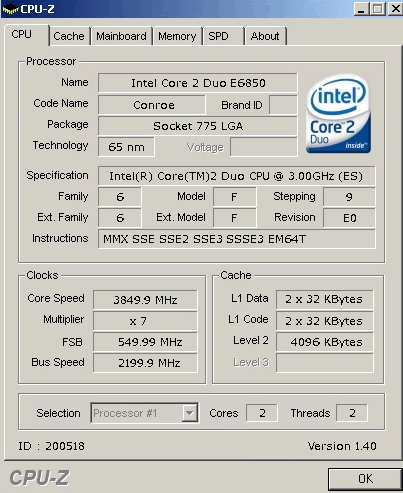 The motherboard used in this overclock is the Gigabyte P35T-DQ6 and the processor was a Intel Core 2 Duo E6850 overclocked to 3850MHz (550MHz FSB).