The Settlers: Rise of an Empire screenshots

Posted on Monday, May 28 2007 @ 05:24 CEST by Thomas De Maesschalck
Some new screenshots of The Settlers: Rise of an Empire were released last week.

The most popular features of the predecessors in the series have been retained, and many of the fans desires and wishes were incorporated into the new game to create a very special Settlers atmosphere. The result is a realistic medieval world, captured in intricate detail. The game features an immersive, yet transparent economic system based on the resources, wares and goods produced by the settlers in their various trades and occupations. 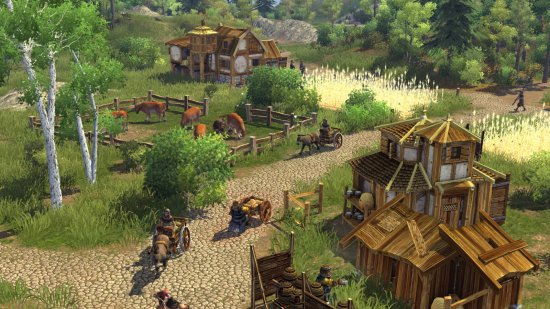