Our colleagues from The Tech Report got their hands on a stunning die photograph of AMD's upcoming Phenom X4 CPU.

These processors are expected in the second half of this year:

For those who haven't been keeping track, Phenom X4 is essentially the desktop flavor of AMD's upcoming Barcelona server chip. The Phenom X4 will be based on AMD's K10 architecture, and it will feature four cores with 512KB of L2 cache each, 2MB of shared L3 cache, HyperTransport 3.0, and of course a plethora of architectural enhancements. 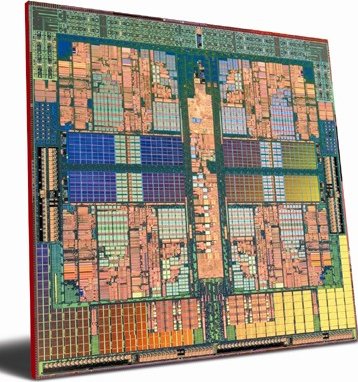