Posted on Wednesday, Jun 06 2007 @ 21:52 CEST by Thomas De Maesschalck
VR Zone checked out SilverStone's booth at Computex. They saw a couple of nice cases like the Temjin TJ-10 and SG-03 and some new power supplies like the SilverStone Zeus 1200W with modular cabling.

However, the new Nightjar model offers 500W with up to 32A on a single 12V rail, which should be more than enough for most PC users. This power supply has no fan so it should be extremely quiet, a perfect fit for a silent PC system or a HTPC. 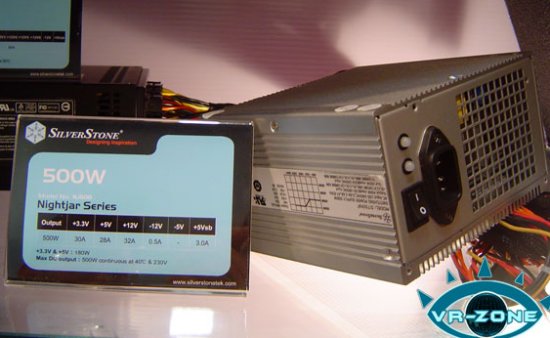