Posted on Thursday, Jun 21 2007 @ 11:00 CEST by Thomas De Maesschalck
Some more info and screenshots about Tony Hawk Proving Ground were released this week:

In the largest and deepest Tony Hawk game yet, gamers are now in total control of their skating destiny in Tony Hawk's Proving Ground. Set in the streets of Baltimore, Philadelphia and Washington, D.C., the title empowers players with the freedom to define their character, story and style based on the choices they make, the paths they select and the style of skating they want. The game delivers deeper customization than ever before, including a full-featured video editor to create epic skate videos and a completely customizable online Skate Lounge, where players can skate with friends in the ultimate pad. Gamers also have the freedom to skate from single player to online seamlessly. Tony Hawk's Proving Ground also features an arsenal of amazingly detailed Nail the Trick moves, and new gameplay mechanics like skateable terrain building and Bowl Carving to deliver the most personalized and immersive skating experience ever. 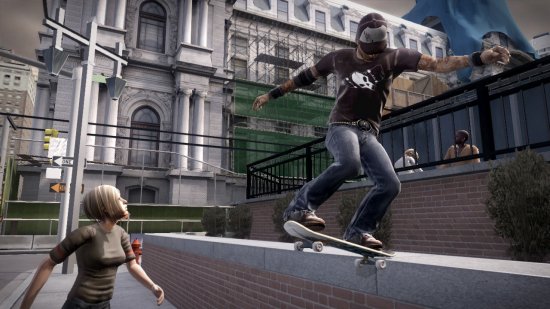 More over at Voodoo Extreme.