Posted on Sunday, Jun 24 2007 @ 17:00 CEST by Thomas De Maesschalck
Voodoo Extreme has some screenshots of Ace Combat 6. This is an upcoming flight action game for the Xbox 360 console.

Players can get in the cockpits of their favorite authentically detailed combat aircrafts and command the allied assault force of aerial, naval, and ground combat units. In addition, players will engage in fierce combat at an unprecedented scale and intensity as up to six massive conflicts unfold at once at multiple locations in war zones rendered in photo-realistic detail. For the first time in the Ace Combat franchise, players can prove their supremacy on a global scale in the intense multi-player online mode via Xbox Live!! Break the sound barrier and soar 360 degrees through the sky as battles and drama unfold around you on an unprecedented epic scale! 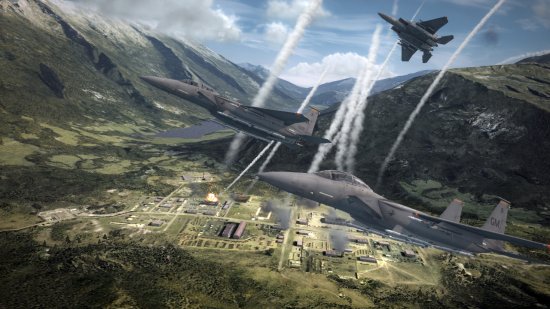