Posted on Friday, Jun 29 2007 @ 03:17 CEST by Thomas De Maesschalck
GizModo writes a group of scientists are working on a specially-adapted spacesuit which could be used by astronauts to jump back to Earth when their ship has malfunctioned.

Orbital Outfitters, run by Rick Tumlinson, a longtime civilian space booster who founded the Space Frontier Foundation, and Jonathan Clark, a former NASA flight surgeon, has already started to develop the equipment it thinks is needed to achieve the feat. Clark, whose wife Laurel perished in 2003's Columbia disaster, believes that the smaller the body is attempting re-entry, the less the chance it has of breaking up - hence the thinking behind space dives being used for NASA emergencies.

The 120,000-foot jump is seen as mere baby (space) steps, as Rick and Jonathan are aiming to make the 150-mile survival jump reality. This would involve falling at speeds of over 2,500 mph before a special drogue chute opens to stabilize their descent on entry to the Earth's outer atmosphere.

By the time the jumper reaches our planet's denser atmosphere, he or she will be travelling at more manageable 120mph. Then the conventional chute opens, allowing the brave individual a more-or-less normal landing back on land, and it's back to the bar for a celebratory beer with your friends—that is, if you landed close by where you told them you'd meet up. 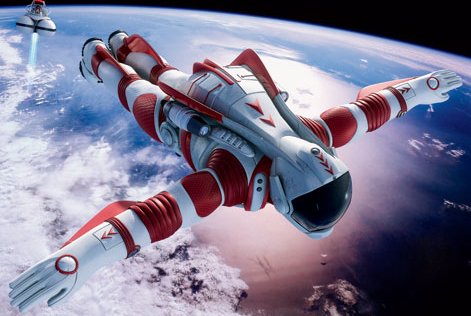