Posted on Saturday, Jun 30 2007 @ 10:10 CEST by Thomas De Maesschalck
Firingsquad published screenshots of Jumpgate Evolution. This is an upcoming MMO game from NetDevil.

The space based title will be getting a massive graphical revamp along with lots of other new features. The game's official web site has now launched where you can already sign up for the game's upcoming beta test (which doesn't have a date yet) along with the first screenshots from the game. We have those shots reproduced here along with some other shots from the game that we got at NetDevil's 10th anniversary press event. 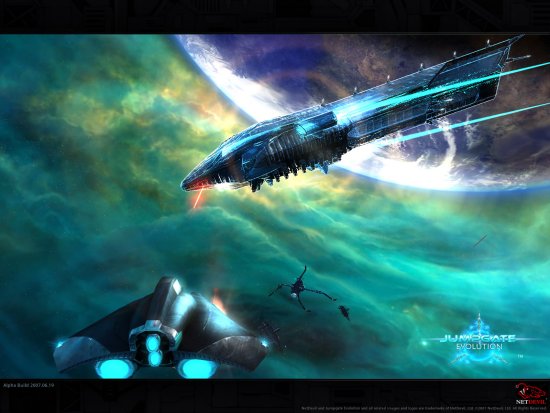