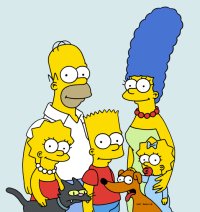 Eurogamer published some info about the upcoming The Simpsons game from EA:

And when we hijacked proceedings to ask about the new game, being developed in conjunction with EA, Groening revealed he has a very big role to play in it himself.

"Well the video game is mainly written by great writers, Matt Selman and Matt Warburton - I mean, you can just tell. Great, right? They did a send-up of videogames. It's a videogame about videogames; and I'm in the videogame.

"I'm a boss that you have to fight at the end of the game. It was really fun recording a million ways of dying, going 'UGGH, ARGGH, EUURGH!'"

Which are possibly more levels of irony than our feeble brains can cope with. The game, which sets out to parody every notable game series and cliché it can get its stubby yellow hands on, is due out later this year.