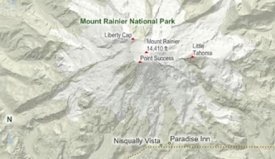 Here's a rundown of what else is new this month. All of these cities/regions have new or expanded Aerial imagery and most have textured 3D buildings and cityscapes

Canada: Hamilton, Quebec, Toronto (Montreal is on the way in our next release)