Fight along side your team-mate to become the deadliest two-man military outfit a government can buy. The breakthrough gameplay in ARMY OF TWO, with a live or adaptive AI partner, enables you to take advantage of two-man strategies like customizable weapons, vehicles, and tactical shooting.

From TWO man sniping to parachuting, players will experience action-packed scenarios where they will have to use their wit, strength and a deadly arsenal of shared customizable weapons to successfully defeat their enemies and complete the mission at hand.

Gamers will fight their way through war, turmoil and a conspiracy so vast it threatens the entire world. When one man is not enough, it's going to take an army of two to save us. 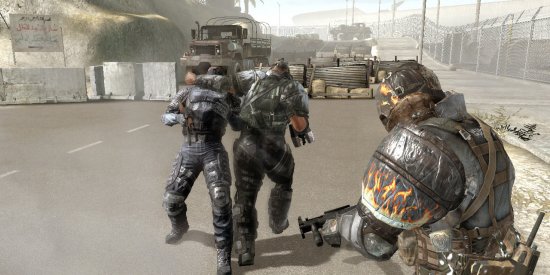