Posted on Thursday, Jul 19 2007 @ 08:45 CEST by Thomas De Maesschalck
Firingsquad has some info and screenshots of Kane and Lynch: Dead Man. This is an upcoming action game from Io Interactive.

Kane and Lynch are not very nice people at all, at least not according to our gameplay demo. The first part of the demo showed them entering a very crowded nightclub in Tokyo to kidnap its female owner. The visuals in the game were impressive as the nighclub had what looked like dozens of people on screen, all dancing but each person in a unique way. Kane and Lynch shoot and kill the owner's guards and then knock her out with one of them putting her over his shoulders to lead her out. Of course having an unconscious lady in a crowded public place is sure to attract attention and soon firefights ensue in the club with its patrons running and screaming to get away. 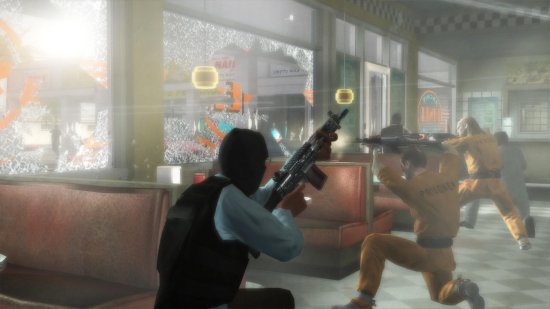