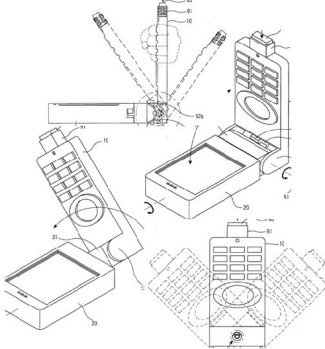 Many people are interested in gaming on their cell phones but one of the problems is that the controls are mostly not that great. Samsung recently filed a patent application called Joystick apparatus for mobile terminal, it describes a new way to control games on clamshell phones.

No more inconveniently placed keys for game operation, no more tiny pop-up joysticks that you can barely place a finger on. Just take the lower part of the clamshell phone and turn it into a joystick.

The implementation itself is pretty complex and uses clever engineering, multiple magnets and Hall effect integrated circuits to capture 3D movements of a joystick and turn them into the game control signals. (You’ll have to read the patent application for more details).