Posted on Wednesday, Nov 05 2003 @ 12:48 CET by Thomas De Maesschalck
Evans & Sutherland, a company specialised in creating realistic visual images for simulation, training, engineering, and other applications has created a killer Radeon 9700 PRO card. E&S his visual systems are used in both military and commercial systems, as well as planetariums and interactive theaters.

Now what is so special about a 9700 PRO you might think? Well their simFUSION 6000q professional graphics card combines four Radeon 9700PRO cores into one card! Actually they are not made on 1 PCB card, but on two combined ones like you can see in the pictures. It has also 2 Molex connectors. 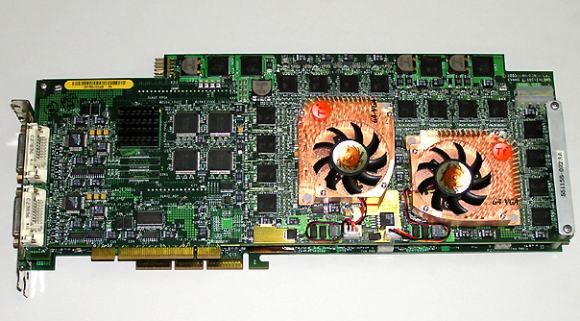 This is a professional card for commercial and military 3D modeling, so do not start dreaming about it because you will never find it in shops. And if it were available, it would be way too expensive. 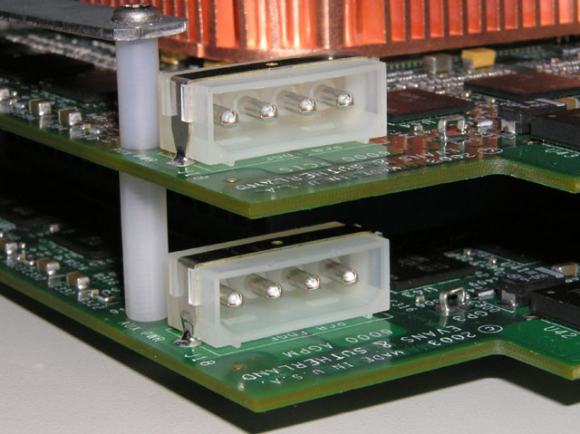