Logitech G15 keyboard gets a facelift

The G15 keyboard also offers six on-the-fly programmable macro keys with three modes, for a total of 18 programmable keys per game or application. This means, for example, World of Warcraft players can program the G keys to access their spells more efficiently. To provide gamers with maximum versatility, the G15 supports different combinations of keys for different games; the G15 keyboard activates game-specific settings when a programmed title is launched. And with a reduction in the number of programmable keys to six, the updated G15 keyboard is more compact in size, offering gamers more space on their desk without sacrificing performance.

With two built-in, full-speed USB ports on the keyboard, gamers can simply plug in their mouse and headset for the ultimate gaming experience. The G15 keyboard includes backlighted keys for late-night gaming sessions and includes a game mode switch, which disables the Windows key, eliminating the inconvenience of accidentally closing a game. 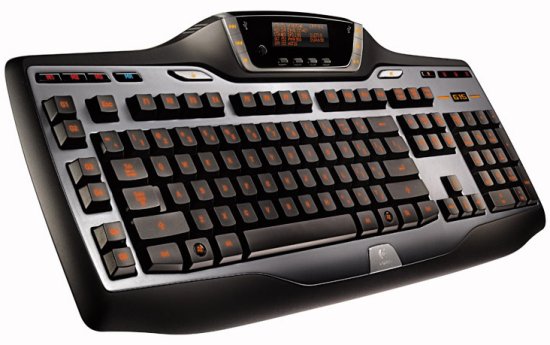