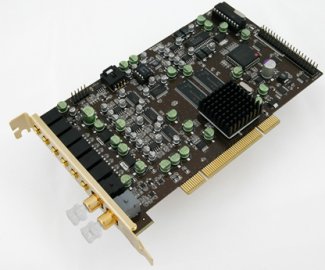 Auzentech has released its X-Fi Prelude 7.1 audio cards, stating the card will be available in retail stores within a couple of days.

The release date for the Auzen X-FI Prelude 7.1has been revised twice before, most recently to allow for in-depth testing of both drivers and hardware. The previous announcement noted that the analysis performed by Auzentech engineers is more detailed than that described on audiophile websites, and is one reason for the superior audio produced by Auzen soundcards.

Auzen X-FI Prelude 7.1 will fully support EAX 5.0 and have the same expandability as the Auzen X-Meridian 7.1. Support for Dolby Digital Live real time encoding for Vista is scheduled for Q4 of this year. The soundcard marks the first time Creative has permitted a third-party soundcard vendor to use the Creative X-FI chipset in its own soundcard design.