Some photos of a new Dell notebook have appeared on the Internet. The Dell XPS M1730 will succeed the M1710:

The 17-inch laptop will of course be packing some Santa Rosa muscle, but according to rumors Dell's also going to provide that new Core 2 Extreme X7800 chip for the real speed demons / big spenders out there. For graphics the base models will be getting an NVIDIA GeForce 8600 GS card with 256MB of memory, with a 512MB GeForce 8700M GT waiting in the wings. Other rumored specs include 4GB max of RAM and a 512MB or 1GB Intel Turbo Memory option, Bluetooth 2.0, Blu-ray and that welcome numeric keypad addition. 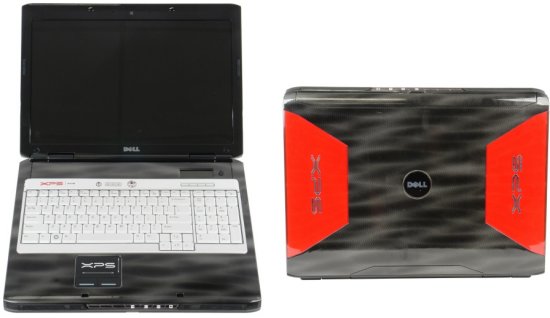 It's said that the XPS M1730 will be available on August 27th, although actual availability may take a few weeks extra.