Game Informer: With Starcraft, a lot of people would say that Blizzard just got it right. Was there ever a feeling at Blizzard like, “How can you improve on that?” and just not worry about a sequel?

Chris Sigaty: No, I don’t think so much. I don’t think it’s so much that we definitely have to improve on it like there was something broken and we needed to fix something, but I think we wanted to give a new experience that had similarities, that hearkened to that past experience but also would give you something new and put a fresh engine out there and a fresh bunch of other things, like how you go through the experience, like Battle.net—there are a bunch of new things on the single-player front.

So no, we’re not out to fix something that was broken—Starcraft stands on its own, it’s a great game and there’s a huge fanbase. We’re certainly not trying to get in there to say, “Throw that away, here’s this.” This is going to be different, but you’re going to have a lot of similarities in how you play. You’re going to sit down and go, “I remember this,” and then you’re going to start assigning SCVs to minerals and go, “Oh my god, now what do I do?” So it is different, and it does take time to get into this new experience. 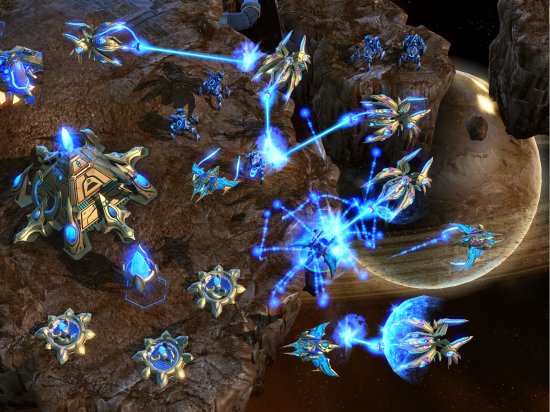