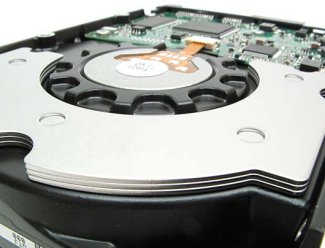 The Tech Report took a look at one of the first 1 terabyte hard drives, the Hitachi Deskstar 7K1000.

Being first to the terabyte mark gives Hitachi bragging rights, and more importantly, the ability to offer single-drive storage capacity 33% greater than that of its competitors. Hitachi isn't banking on capacity alone, though. The 7K1000 is also outfitted with a whopping 32MB of cache—double what you get with other 3.5" hard drives. Couple that extra cache with 200GB platters that have the highest areal density of any drive on the market, and the 7K1000's performance could impress as much as its capacity.

Has Hitachi achieved a perfect balance of speed and storage with its Deskstar 7K1000? We've tested it against nearly 20 competitors—including its closest 750GB rivals from Seagate and Western Digital—to find out.