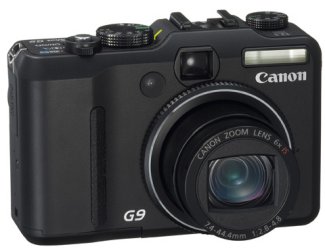 The PowerShot G9 digital camera brings our highest levels of performance and usability to the G-series," said Yuichi Ishizuka, senior vice president and general manager, Consumer Imaging Group, Canon U.S.A. "By combining RAW Mode with our other key technologies in this camera, we're providing a high-performing and affordable option to advanced photo enthusiasts who want the creative power of a Digital SLR in a smaller body form."