Posted on Wednesday, Aug 22 2007 @ 11:51 CEST by Thomas De Maesschalck
SEGA has announced a new game in the Total War series called Empire: Total War. This game will be set in the 18th century and will be released in 2008.

Empire: Total War will see the debut of 3D naval combat within the Total War franchise. PC Gamers will be able to intuitively command vast fleets or single ships upon seascapes rich with extraordinary water and weather effects that play a huge role in your eventual glorious success or ignominious defeat. After pummelling your enemy with cannon fire, close in to grapple their ship and prepare to board taking control your men as they fight hand to hand on the decks.

Along with the revolutionary introduction of Naval Combat, Empire: Total War will see further enhancements to the Total War series signature 3D battles and turn based campaign map. Real time battles will pose new challenges with the addition of cannon and musket, challenging players to master new formations and tactics as a result of the increasing role of gunpowder within warfare. And the Campaign Map for many the heart of Total War will see new improved systems for Trade, Diplomacy and Espionage with agents, a refined and streamlined UI, improved Advisors and extended scope taking in the riches of India, the turbulence of Europe and the untapped potential of North America. 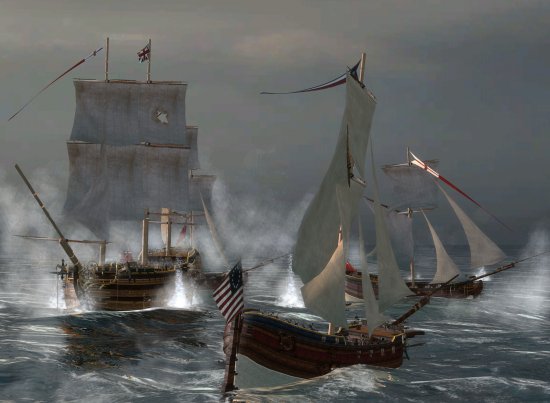 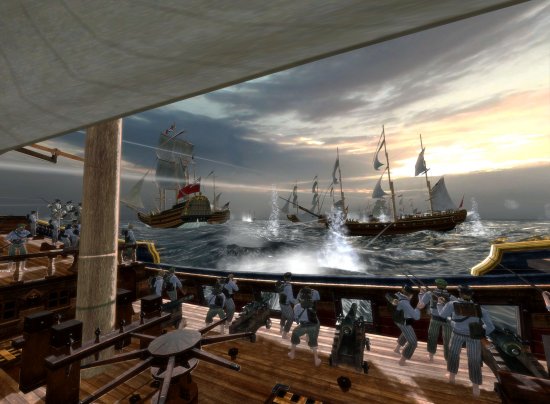