X-bit Labs reports AGEIA is working on a second-generation PhysX card. The new PhysX card will be much longer than the current one which was released in 2006 and will support PCI Express x8/x16 slots.

We know little about it but it's assumed that this card will be lots more powerful than the first PhysX card - and it will consume a lot more power too. Leaked photos of the new PhysX card indicate that the chip will need extra power from a 4-pin Molex connector. 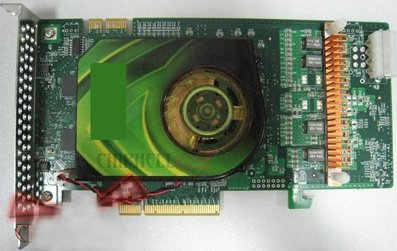 The next-generation Ageia PhysX chip is very large and resembles Intel’s first dual-core Smithfield processor. The huge die size of the chip implies that the new chip will feature much higher performance compared to the first-generation PPU. In addition, with improved multi-PPU technology the new generation of physics processing units will offer extreme physics performance.