Posted on Thursday, Sep 06 2007 @ 10:43 CEST by Thomas De Maesschalck
Around this time last year we got our first little taste of what could be expected from Bioshock, when 2K released an impressive 14 minute gameplay trailer. Bioshock is considered by its developers to be the "spiritual successor" of the well acclaimed System Shock 2. There is much more to this game than meets the eye, which can be discovered when playing the 1.2GB demo which was released just weeks ago.

The full version of Bioshock has also been released for both the PC and the Xbox 360, allowing us to purchase a copy and do a full analysis of how the current crop of videocards do in this next-gen FPS. The game uses a modified version of the Unreal Engine 3, also used by Epic's Gears of War and upcoming Unreal Tournament 3 game. Given that Bioshock is a single-player only game, we were a little amazed by the hype that surrounded it, yet the fact it offers breathtaking visuals and while the gameplay itself is quite good, the jaw-dropping visuals keep you entertained right till the very end.

Check it out at TechSpot. 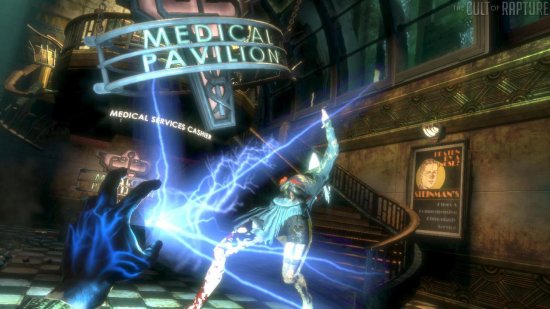